from left to right upper:

They all well known using Glass fillings and they all have a excellent expertise. More Clinical Research using Biomimetic Dentistry will start this year!!

There is a high need for mineralizing materials like GI in Turkey. The intake of sugar is enormous with their famous Turkish delights and Baklava!! 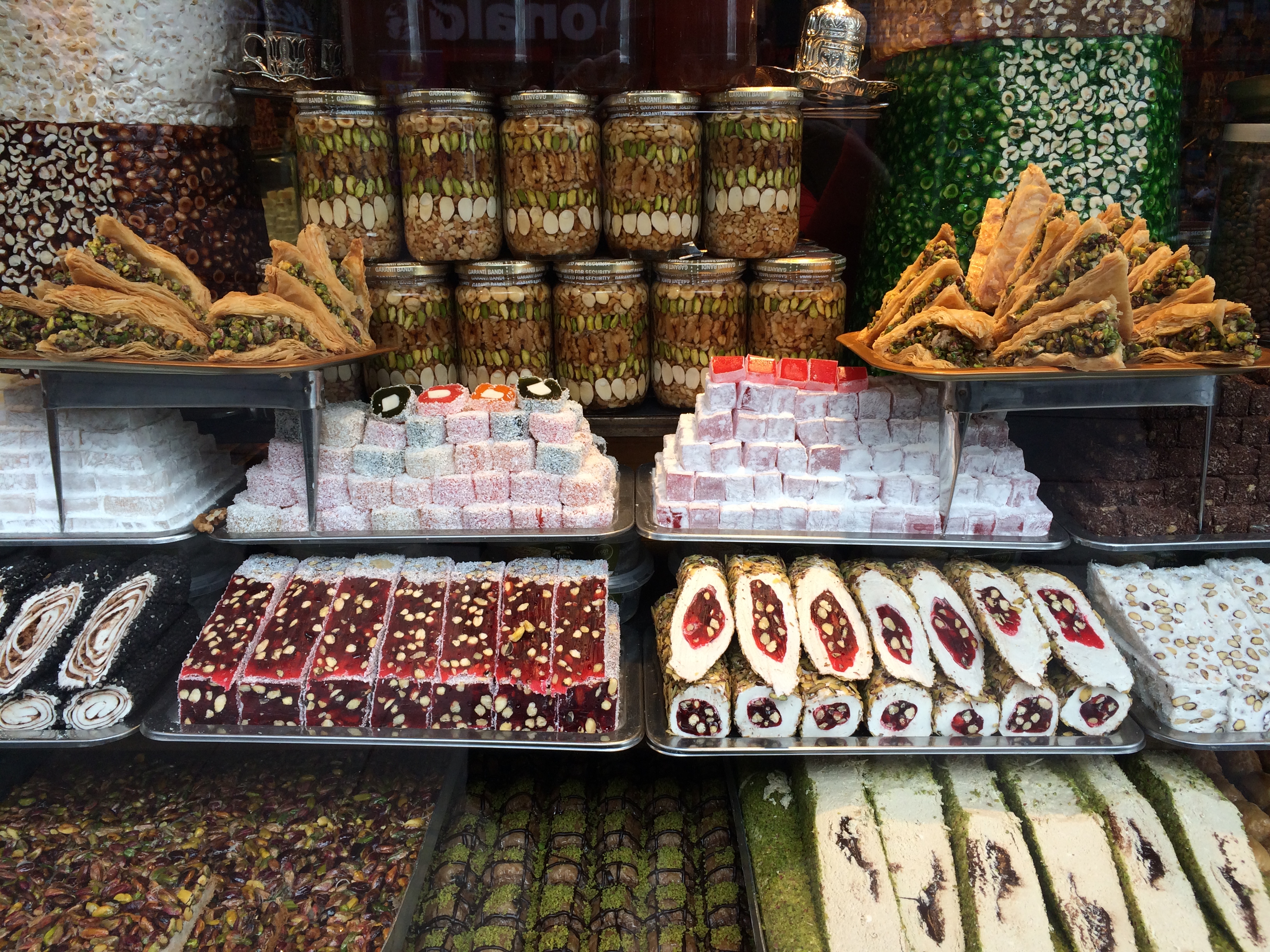 From 2007 to 2009 the patient received orthodontic treatment. A large cavity developed.

In 2009 a class II restoration was made with bio-active glass. In a second stage the top layer was replaced with composite (cosmetic reasons). (delayed sandwich)

Clearly visible is the ongoing mineralization of the dentin. The dentin is mineralized into fluor-hydroxy apatite. The nerve reacted normal during treatment and is still vital.

Objective: Glass Carbomer® with nanofluor/hydroxyapatite represents a new generation of restorative materials developed from glass with an enhanced remineralisation power. The aim of this clinical trial was to investigate the retention of a Glass Carbomer fissure sealant after 12 months, in comparison to a commonly used conventional resin-based sealant and to do a pilot study using an SEM analysis of the Glass Carbomer after 12 months.

Result: Complete sealant retentions in groups A and B were 75% after 12 months of clinical service. There were two new carious lesions in each group. The Mann-Whitney U test revealed no significant difference between the two groups (P>0.05). The SEM analysis of the Glass Carbomer surface revealed particle formation with a hexagonal shape which could be referred to fluorapatite, which often crystallizes into a hexagonal structure with characteristic 120 degree angles between the faces. The possible explanation is that the Glass Carbomer material is mineralized and appears like a pseudo-enamel (mineralized fluor-hydroxyapatite).

Conclusion: The Glass Carbomer material showed a similar retention rate when compared with a resin based sealant and can also be recommended for sealant use in everyday practice. It appears that fluorapatite forms on the Glass Carbomer sealant.

This research received no specific grant from any funding agency in the public, commercial, or not-for-profit sectors.

PARIS, France: New research from France has suggested that bisphenol A (BPA), a chemical widely used in plastics and dental resins, is a potential causative agent of molar incisor hypomineralisation (MIH). Damage similar to this mineralisation disorder, which occurs selectively in permanent incisors and first molars, was observed in rodent teeth after treatment with BPA.

Researchers from the National Institute of Health and Medical Research treated the incisors of rats daily with low doses of BPA (5 µg/kg/day) from birth to 30 or 100 days. At day 30 already, the erupting tooth enamel exhibited signs of hypomineralisation similar to human MIH. The researchers suggested that BPA disrupts normal protein removal from the enamel matrix and leads to mineral depletion, making the teeth more fragile.

However, no such effect was observed in 100-day-old rats. As their erupting incisor enamel was normal, the scientists suggested that enamel formation is only sensitive to MIH-causing agents during a specific time window in early development.

As it is strongly suspected that BPA has the same effects on humans as on laboratory animals, it could be a causal agent of MIH, concluded Dr Sylvie Babajko, a research director at the institute.

The condition is found in roughly 18 per cent of children aged between 6 and 8. The permanent maxillary central incisors and first molars are affected most often, and the permanent mandibular incisors less frequently. Usually, the teeth show a yellowish-white to brown discoloration, which may affect only certain areas of the tooth or the whole tooth. The teeth of MIH children are commonly hypersensitive to pain and more susceptible to cavities.

Endocrine-disrupting chemicals, including BPA, are ubiquitous environmental pollutants and increasingly associated with health concerns. Prior studies have associated it with adverse effects on reproduction, neurological development and metabolism. The manufacture and marketing of babies’ bottles containing BPA were banned in Europe in 2011. The prohibition will be extended to all food containers in France from July 2015.

The study, titled “Enamel defects reflect perinatal exposure to bisphenol A”, was published online on 10 June in the American Journal of Pathology ahead of print.

SHANGHAI, China/OAKLAND & SAN FRANCISCO, Calif., USA/NICE, France: A study of Shanghai schoolchildren has shown that bisphenol A (BPA), a chemical used in producing plastics and dental resins, may affect metabolic processes and increase the risk of obesity, especially in pubescent girls. Yet another study has linked the substance to undescended testicles, the most frequent congenital malformation in male newborns.

Researchers at Kaiser Permanente, a U.S.-based integrated managed care consortium researching safer alternatives to products that contain potentially harmful chemicals, have suggested that girls in the midst of puberty are most susceptible to the impacts of BPA on fat metabolism. In 2011, they analyzed 1,326 urine samples provided by male and female children from the three largest elementary, middle and high schools in the Jiading district of Shanghai.

Among other findings, they found that girls with urinary BPA levels higher than 2 µg/L had a twofold risk of being overweight. While 36 percent of all girls aged 9 to 12 with elevated urinary BPA levels were overweight or obese, only 21 percent of those with lower levels exhibited the same characteristics. In addition, girls with extremely high levels (over 10 µg/L) were five times more likely to be overweight. However, no such relation was observed in older girls or boys of the same age.

The researchers concluded that widespread exposure to BPA may contribute to increasing obesity rates worldwide.

The study, titled “Urine Bisphenol-A Level in Relation to Obesity and Overweight in School-Age Children,” was published online on 12 June in the PLOS ONE journal.

In addition, a study of 180 boys born between 2003 and 2005 conducted by researchers at the university hospital of Nice in France has suggested that fetal exposure to BPA contributes to cryptorchidism, a condition that occurs in 2 to 5 percent of male newborns and may cause infertility and testicular cancer if left untreated.

Fifty-two of the boys in the study had one or two undescended testicles when they were born, and 26 of them still had the condition at three months of age. The researchers found that high levels of BPA were associated with lower levels of insulin-like peptide 3, an important hormone produced mainly in gonadal tissues.

The findings, which were presented at the Endocrine Society’s annual meeting in San Francisco on Monday, are in line with prior studies in animals, which have linked fetal BPA exposure to an increased risk of reproductive disorders.

BOSTON, USA: Researchers from the U.S. have found that exposure to bisphenol A (BPA), a chemical used to manufacture dental sealants, among other uses, significantly impairs human egg maturation. They believe that the findings may contribute to a better understanding of the decrease in fertility among both women and men in recent decades. In a randomized trial of 121 patients who underwent infertility treatment cycles at Brigham and Women’s Hospital from March 2011 to April 2012, the researchers found a dose–response association of BPA exposure with altered human egg maturation in vitro.

They exposed 352 clinically discarded oocytes to different concentrations of BPA in a laboratory setting and found that there was a decrease in the percentage of oocytes that progressed as the BPA dose increased. In addition, they observed an increase in the percentage of oocytes that were degenerated. Among other findings, they reported that oocytes exposed to 20 µg/ml BPA progressed significantly more slowly than controls did.

“To our knowledge, this is the first study that has shown that BPA has a direct effect on egg maturation in humans,” said Dr. Catherine Racowsky, lead researchers and director of the hospital’s Assisted Reproductive Technologies Laboratory. “Because exposure to BPA is so ubiquitous, patients and medical professionals should be aware that BPA may cause a significant disruption to the fundamentals of the human reproductive process and may play a role in unexplained infertility.”

BPA is found in a wide variety of daily consumer products, such as food cans, beverage containers, plastic dinnerware, automobile parts and toys. Although the industrial compound has been shown to disrupt the endocrine system in several in vitro and in vivo studies, the mechanism underlying this effect is largely unknown. In the scope of the National Health and Nutrition Examination Survey, a program designed to assess the health and nutritional status of adults and children in the U.S., researchers found BPA in the urine of more than 90 percent of participants. It has also been found in various human fluids, including follicular fluid in a Japanese study in 2002.

According to the Centers for Disease Control and Prevention, 6.7 million women aged 14 to 44 in the U.S. have impaired ability to fall pregnant or carry a baby to term. Over 7 million women in this age group have used infertility services. The researchers added that approximately 20 percent of infertile couples in the country have unexplained reasons for their infertility.

The study, titled “Bisphenol-A and Human Oocyte Maturation in vitro,” was published online on July 30 in the Human Reproduction journal. 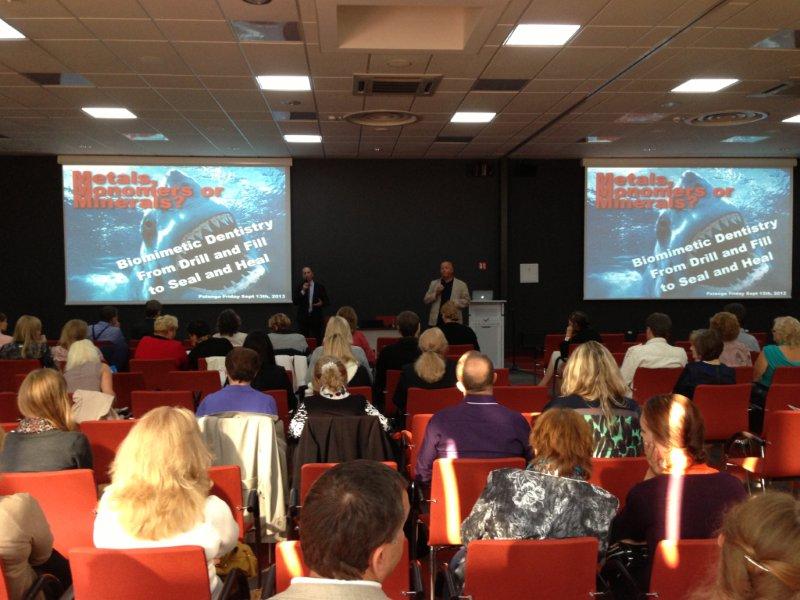 Biomimetic Dentistry is a new way of dentistry which takes advantages of the natural mineralization processes in the mouth without using harmfully products.